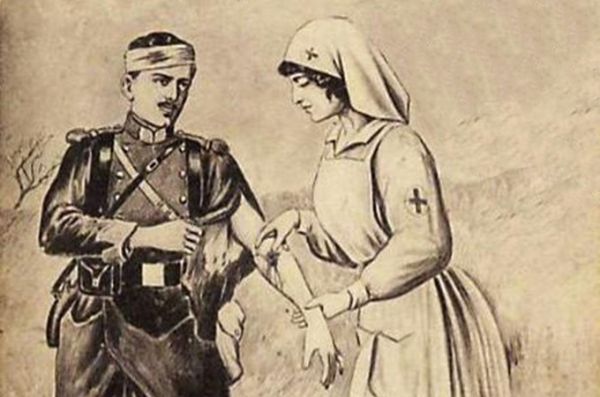 The nursing profession is at the heart of the news with the coronavirus pandemic. This is an opportunity to rediscover this multi-secular profession, at a time when nurses are on the front line in hospitals and applauded every night along with other healthcare personnel.

The historian Michel Nadot reveals that this profession has been associated with hell since the origins of civilization: “Etymologically speaking, the term ‘nurse’ comes from the ancient French word enfermerier, which indicates that the person who bears this name is usually confronted, and by profession, with that which relates to hell. Already in the Middle Ages, we can see the term used in the hierarchical statutes of the Order of the Hospitallers of Saint John of Jerusalem. »

But this link between sickness and hell is much older than these Christian references, the historian continues: “This is evidenced in the Sumerians and Babylonians as early as the third millennium BC. For ancient peoples, evil was considered a material reality brought from outside (Hell) by “demons” and deposited in the body of the sick person, who was punished by his god for having offended him, he explains. The principle is then taken up again by medieval Christian theology, which merely continues this conceptualization of the world of care and of the human in his relationship with God, with sickness and Hell, the dwelling place of the damned. »

A vocation more than a job

For a long time, it was impossible to separate the religious dimension from the activity of the nurse, who is the guardian of the disease, the latter being represented by the devil and hell. Initially male, the profession became more feminine over the centuries, and it was mainly the nuns who were assigned this function.

In front of the sick, the nurses are encouraged to fight certain illnesses (such as mental pathologies), judged to be demonic, with therapeutic prayers and anointing with holy oil or holy water.

Even for other evils, such as “wounds that swarm with worms or through the stench that comes out of the human body” explains the Rule of the hospitallers of Sainte-Marthe de Beaune in 1784 at the hospital of Fribourg, the body itself is then considered as a receptacle of the devil. Faced with this, the devotion of the nurse is a kind of sacrifice to ensure her place in paradise.

« The nuns are therefore the only ones who are legitimately and culturally nurses,” says Michel Nadot. Their withdrawal from the world, their spiritual activities and the vows they make give specific meaning to their actions. “And this religious vision of the nurse would continue until the beginning of the 19th century.

Secularization and professionalization of the profession

The principles laid down in the Middle Ages no longer have anything to do with the profession of nursing as it is practiced today. The benefit of the action is spiritual and heavenly in the sister nurse,” the historian continues. It is economic and earthly in today’s caretaker, who is linguistically incorrectly called a nurse. »

This modern vision appears thanks to two women who will revolutionize the practice: Florence Nightingale and Valérie de Gasparin-Boissier. The first is English who worked as the head of a team of nurses in a field hospital during the Crimean War in 1854. Nightingale marked the minds of her time by succeeding in reducing the mortality rate from 40 to 2% by imposing better hygiene in the camps.

Based on statistics, she laid the foundations of nursing, while not forgetting the human side of the profession. The woman who was then known as “the lady with the lamp” did not hesitate to visit the sick, and became a true heroine on her return to London.

While Florence Nightingale remained deeply attached to the religious aspect of the profession and to the idea of vocation, her Swiss contemporary Valérie de Gasparin-Boissier offered a truly secular education: “She created a school of care independent of any hospital structure on 1 November 1859 in Lausanne,” Michel Nadot notes. With the experience of care but without experience in a hospital environment, she wanted to give training to ordinary women who did not want to withdraw from the world to become sisters and who wanted to care at home according to a liberal practice. »

For Valérie de Gasparin-Boissier, nurses above all need good training and a decent salary. “We are therefore far from any idea of dedication and vocation! With the establishment of this model school called La Source, she founded a line of secular schools, some of which today are university faculties or High Schools of Nursing. »

A pivotal role in the organization of the health system

Valérie de Gasparin’s vision is the closest to the nursing profession as we know it today and as it is taught in schools.

“However, the representation of the profession, even today, oscillates between the image conveyed by the circular of October 28, 1902, by Émile Combe, then Minister of the Interior and Religious Affairs, who described the nurse as “the disciplined but intelligent collaborator of the doctor and the surgeon” and “the angel of the sick” linked to the devotion inspired by religious congregations and popular imagery” the historian adds.

Because nurses’ missions go far beyond just caring for the sick. As the link between patients and doctors, they represent an indispensable link with the rest of the medical profession and the health system itself in the organization and management of care. An indispensable role, but one that is often ignored or underestimated, for staff who are often poorly paid.

Will the Covid-19 crisis allow this often under-recognised profession to be revalued? Nothing is less certain, believes Michel Nadot: “The daily evening applause in homage to their work in the face of the health crisis reminds me of the symbolic iconography of the postcards in the effigy of the nurse that circulated in the social space during the First World War. After the disaster, working conditions remained the same…“ 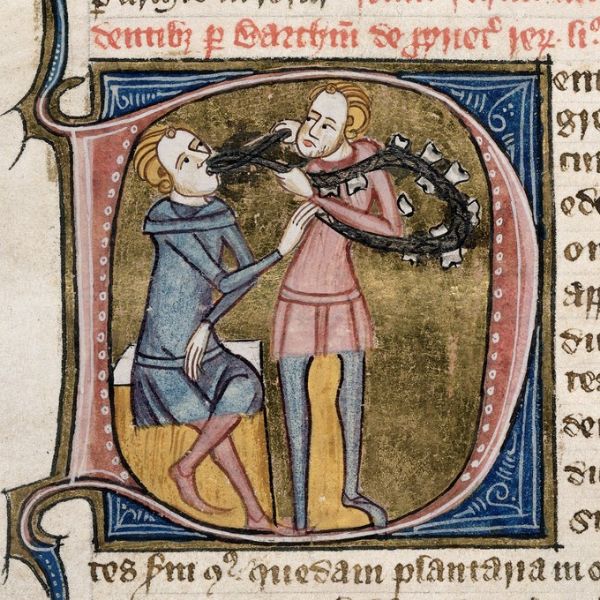 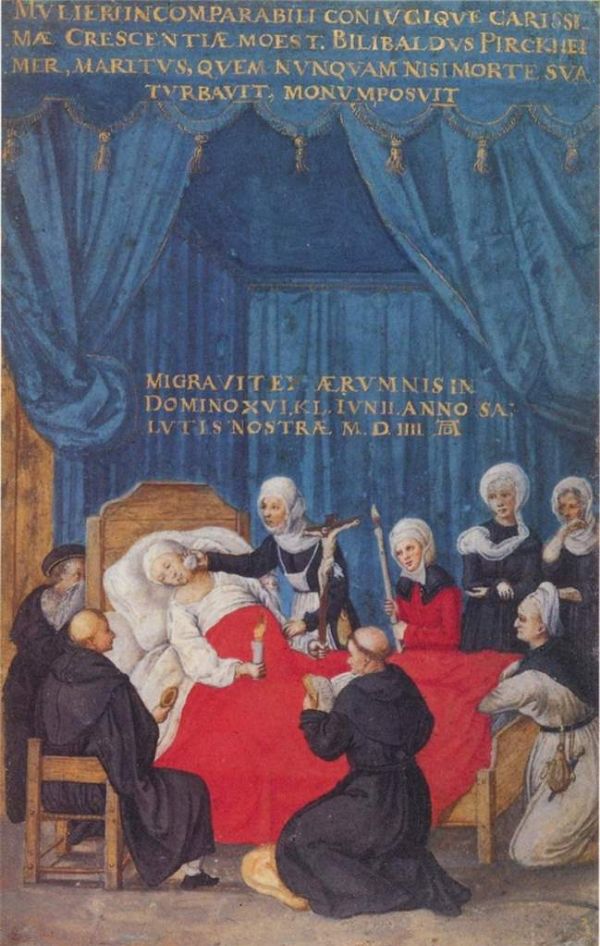 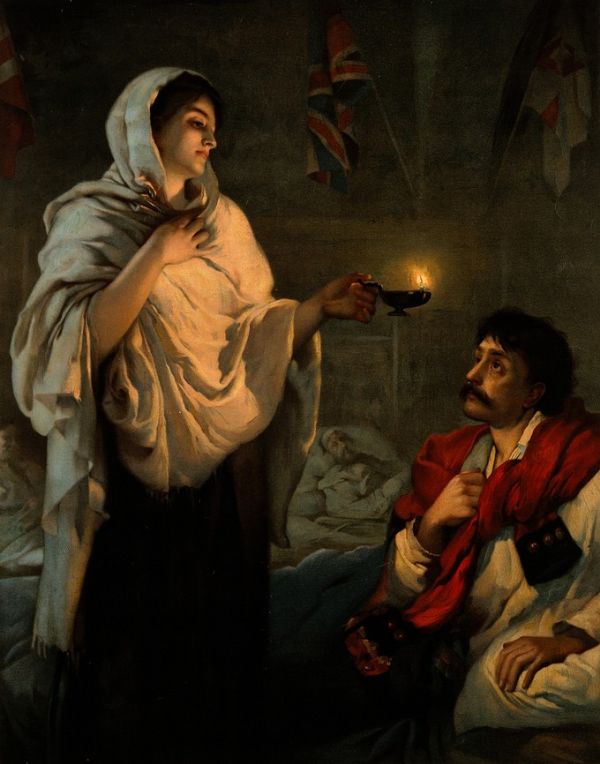 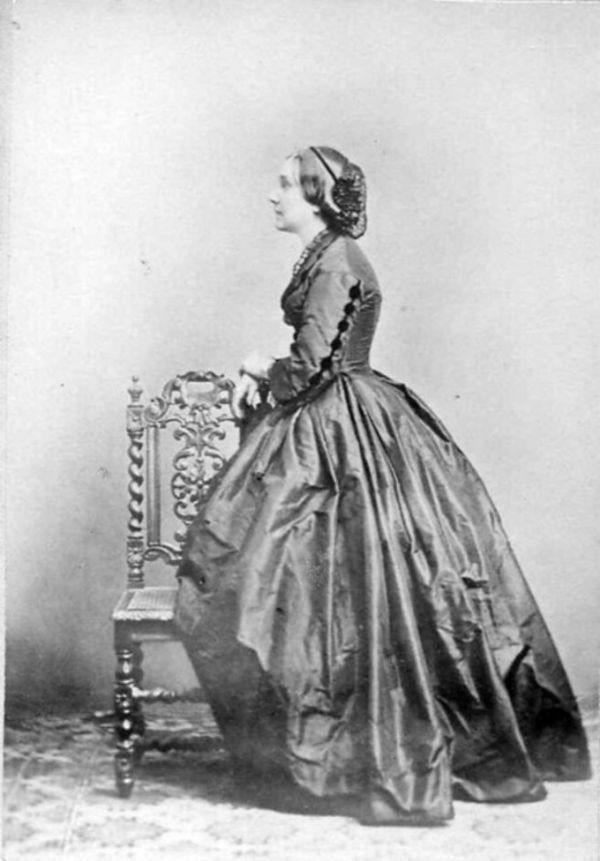 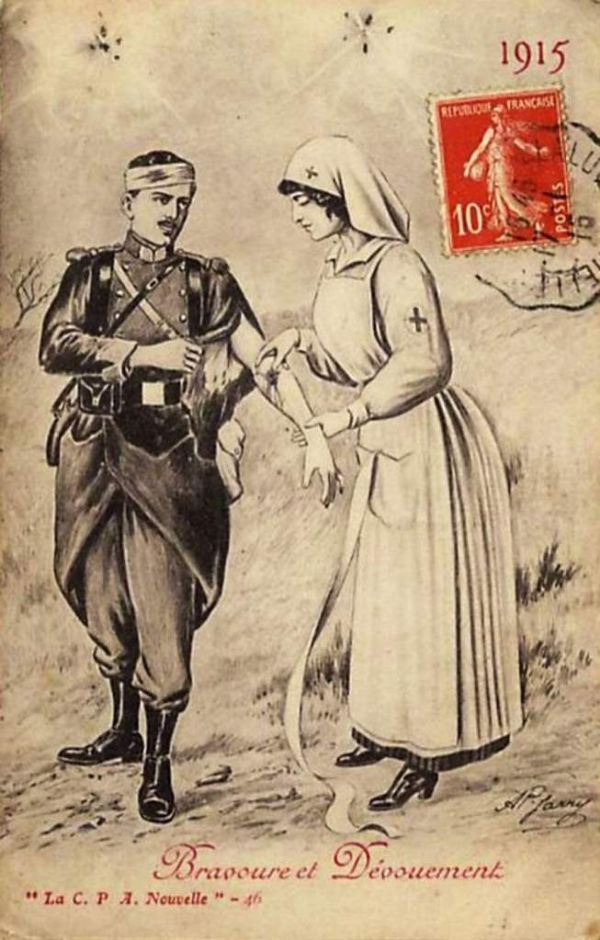