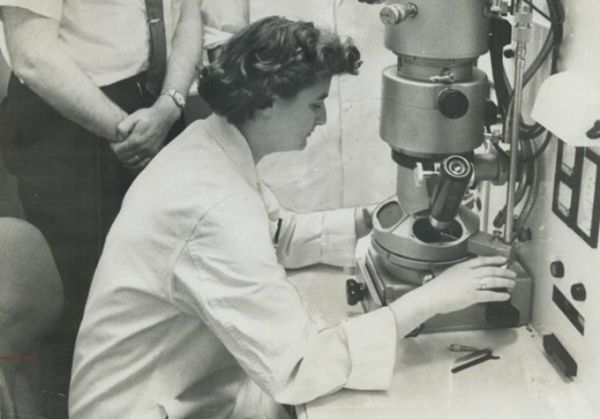 Her work is being brought back into the spotlight in the midst of the global Covid-19 pandemic. June Almeida (1930-2007) is a Scottish researcher who discovered coronaviruses. This is a portrait of an outstanding scientist.

It is London, in 1964. With her eye glued to her microscope, June Almeida has just discovered a new virus. A round, grey dot covered with tiny rays surrounded by a kind of halo in the shape of a crown.

Today, everyone knows the name of this type of virus: coronavirus. It is not the Sars CoV-2 (that is responsible for the current pandemic) that she has identified but one of its distant cousins.

The Scottish researcher was only 34 years old at the time. Surprisingly, this young virologist and imaging pioneer had not completed her studies, the BBC tells us. But she would go on to obtain a PhD in science, thanks in part to her work at the Royal Postgraduate Medical School in London and her contributions to scientific articles.

Coming from a modest background, she didn’t finish her studies…

Born June Hart on October 5, 1930, in Glasgow, from a modest background – her father is a bus driver – the young girl is a bright student with ambitions to enter university. But her parents could not afford to send her to university, according to the American magazine National Geographic.

She interrupted her studies at the age of 16 and found her first job as a laboratory technician at the Glasgow Royal Infirmary. Her job involved analyzing tissue samples under a microscope.

A few years later, the young woman left Scotland. She went to London and St. Bartholomew’s Hospital. It is in the British capital that she meets her husband, the Venezuelan artist Enriques Almeida. Together, they decide to move to Canada.

The young Scottish scientist, who became June Almeida, found a position at the Ontario Institute for Cancer Research in Toronto.

She revolutionized the world of virology

Very quickly, she carved out a place for herself in the Canadian Institute. Better yet, she invented a new method to spot viruses under the microscope. How does it work? It consists of bringing antibodies specific to a virus into the presence of a virus, explains the Swiss daily Le Temps. A revolution in the field of virology.

Thanks to this innovation, June Almeida studied many viruses. In particular, she discovered the secret of rubella. The disease had been known for years, but the Scottish woman was the first to observe it under the microscope.

With her new status, she left Canada and returned to London, this time to the Faculty of Medicine at St. Thomas.

How she discovered the coronavirus family…

This is where she made her greatest discovery. In 1964, she was contacted by Dr. David Tyrrell, reports the National Geographic. The British doctor had just discovered a virus close to the flu but which he was unable to identify. He hoped that using June’s new technique under the microscope, June Almeida will be able to answer his questions.

Bingo. A few weeks later, the researcher comes out with pictures of the virus. She then realizes that she has already observed similar ones. One came from chicken bronchitis and the other from liver inflammation in mice.

June Almeida has “simply” discovered a new family of viruses: coronaviruses. This new name was not adopted by the International Committee for the Taxonomy of Viruses (ICTV) until 1975, notes the Swiss daily Le Temps.

Her method for identifying viruses used for Covid-19

In 1985, the scientist retired. She began a second career, in stark contract to her science career, as a yoga teacher. However, she returned several times to her first love, in particular to observe the AIDS virus, HIV, for which she helped to produce high-quality pictures.

June Almeida passed away in 2007, leaving her permanent mark on the world of virology. According to Hugh Pennington, professor of bacteriology at the University of Aberdeen, June’s technique was used in China to observe the new coronavirus that triggers Covid-19 disease. June Almeida thus indirectly helped to identify the cause of the pandemic. 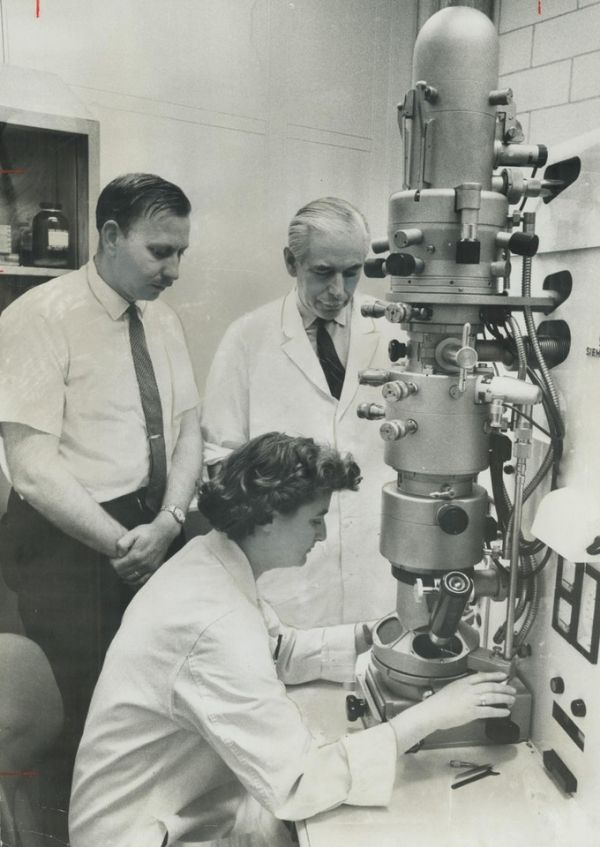